Doing Business By the Book 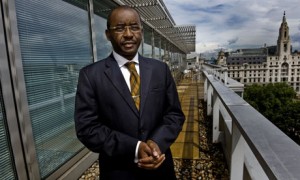 Have you heard of the often cited quote: “It’s nothing personal, it’s just business”? You’ll hear it uttered when an entrepreneur has used unscrupulous means to get ahead or close a deal. In business, people—good people—sometimes make tragic choices and ultimately destroy themselves. But nobody has a moral failure all at once. Whether the failure is ethical, sexual, or emotional, the path to moral failure is composed of choices—most of them seemingly small and innocuous.

Strive Masiyiwa of Zimbabwe is one of the Africa’s most successful entrepreneurs. According to Forbes, he is estimated to be worth $280 million. As the founder of Econet Wireless, a telecommunications group that operates in more than 15 countries, his story of prosperity is remarkable. And he attributes his triumphs to his faith in God – it is reported that he reads the Bible for four hours every day! And before making any major business decision, he prays for guidance.

Strive says his company came into existence through the sheer grace of God. It took a five-year court battle before the Zimbabwean Government could licence him to operate the second telephone company in the country. During that time, he prayed fervently and was so sure he’d win the case that when the government tried to issue him a licence before the court ruling, he declined. He continues to build his business on biblical principles. (Read – Leading from a Biblical Viewpoint.)

Some Christians struggle to succeed in business while remaining true to their faith. James M. Pearson, in his book Minefields in the Marketplace, looks at six ethical minefields in which some Christian businessmen and women get caught:

Many careers are ruined, many reputations lost, and many marriages destroyed when well-meaning people get caught up in such situations. Is it possible for people to succeed in commercial pursuits and still be faultless in their worship of God? Minefields in the Marketplace offers spiritual wisdom, guidance, and direction for getting safely through the minefields.

Secrets of Super Achievers You’re Meant to Be