Warning: "continue" targeting switch is equivalent to "break". Did you mean to use "continue 2"? in /home/www/wordalivepublishers.com/site/wp-content/plugins/jetpack/_inc/lib/class.media-summary.php on line 87
 Elected? Know Who You Are As A Leader

Elected? Know Who You Are As A Leader 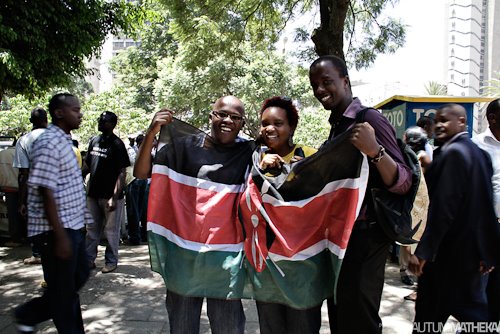 On March fourth, Kenyans stood in the blazing sun for hours waiting patiently to cast their votes. It was a historic day. We voted for a new devolved government for the first time: governors, senators, country and women representatives, and as usual, for president and members of parliament. There were major upsets in the election as the colossi of Kenyan politics were brought down by fresh newcomers, among them the 19 year-old Kibiwott Munge, county representative of Lembus Perkera in Baringo.

It was an emphatic message that Kenyans have been yearning for change. It may also be a signal that Kenyans are tired of the empty rhetoric by politicians, popular for either “forgetting” or ignoring their promises to the electorate as soon as they get into office. On the March 4th election, Kenyans decided a new breed of leadership – hopefully people of honour – who are likely to place service to the nation before self.

Which begs the question: what makes a leader truly great?

In his book, Leading Out of Who You Are – Discovering the secret undefended leadership, Simon Walker explores the journey by which a leader gains moral authority. He exposes the exhausting emotional burden of sustaining a front and a back stage that derails many leaders. He explains how the formation of leadership egos in childhood relates to “defendedness” and highlights the negative impact defended leaders have on their followers. Walker then shows the way towards becoming truly “undefended” and free to lead.

Here’s Simon Walker’s summary of how the leadership ego can be shaped:

The author says that people watch with a mixture of admiration and awe when a leader rises to challenges that lie ahead with supreme confidence. Although a number of the newly elected Kenyan leaders may be untried, Kenyans have nonetheless placed their confidence in them and they will be better placed to heed Simon Walker’s advice: “Being new to leadership, they have the task of shaping or sharpening who they are as leaders… the leader is the one who, through diligent training, preparation and foresight, can face any eventuality.”

Why Publishing in Kenya is “Tougher Than Boxing” The Leadership Paradox