Warning: "continue" targeting switch is equivalent to "break". Did you mean to use "continue 2"? in /home/www/wordalivepublishers.com/site/wp-content/plugins/jetpack/_inc/lib/class.media-summary.php on line 87
 Leading From A Biblical Viewpoint

Leading From A Biblical Viewpoint 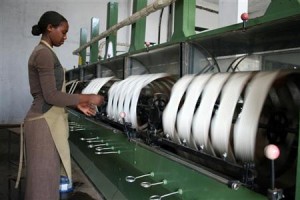 The world is experiencing significant change: social, economic, technological, and political. The need for effective leaders and managers – with skills to help nations, organizations, communities, and families navigate through the complexities that come with change – has never been greater. Most African countries continue to experience low productivity, economic uncertainty, political instability, social unrest, runaway corruption, misplaced priorities – just a few forces that thrust problems and challenges to the manager/leader.

After the ruinous years of the presidency of Hastings Kamuzu Banda – the false messiah who turned into a monster, tolerating neither opposition nor dissent – Malawi’s second president, Bingu wa Mutharika, oversaw economic growth and social transformation during his first term. He was however later accused of mismanagement and poor governance during his second term. In 2012, the second African female president, Joyce Banda, inherited an impoverished country when she took the reigns of power after the sudden death of Mutharika. One of her first actions was to auction the 14-seater presidential jet and a fleet of luxury cars as part of cost-cutting measures, to the amazement of her fellow African leaders.

Joyce Banda’s style has been one of cultivating trust and team spirit within her government – encouraging other leaders to work towards a common goal: that of improving the lives of Malawians. Something the new Kenyan government could borrow from Joyce Banda’s leadership/management to make Vision 2030 – the national long-term development blueprint to create a globally competitive and prosperous nation with a high quality of life by 2030 – a reality?

In his book, Management: A Biblical Approach, Myron Rush writes, “Authoritarian approaches to management stimulate discontent, frustration, and negative attitudes toward leadership.” An effective leader therefore is not the one who imagines that they have the “right” to control and exploit (“lord it over”) those under them, but the one who instead serves by helping people reach maximum effectiveness.

The book presents a lively and practical guide for the leader/manager who aspires to greater effectiveness and productivity, emphasizes the practical rather than the philosophical aspects of leadership and management, presents numerous real organizational and individual successes and failures, and gives personal application projects to make it easier to transfer principle into practice.

According to Myron Rush, there are four features that define a successful organisation – or in our case, successful nation:

And what’s God’s will for Kenya?

“For I know the plans I have for you,” says the Lord. “They are plans for good and not for disaster, to give you a future and a hope.” Jeremiah 29:11 (NLT)