Warning: "continue" targeting switch is equivalent to "break". Did you mean to use "continue 2"? in /home/www/wordalivepublishers.com/site/wp-content/plugins/jetpack/_inc/lib/class.media-summary.php on line 87
 Reflections Of A Former Cadet

Reflections Of A Former Cadet 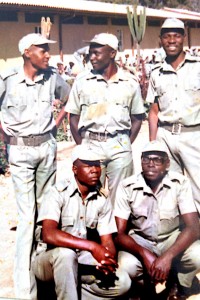 “The hope of a secure and liveable world lies with disciplined nonconformists.” –Martin Luther King

I had waited eighteen months to join the National Youth Service (NYS) as a cadet. Being accepted at the university had been a-dream-come true. In my days, there were only about 2,000 freshmen admissions per year in Kenyan universities. Like other successful candidates, however, I had to contend with a monster of a challenge: the mandatory three months of pre-university paramilitary training at the NYS.

A battalion of relatives and well-wishers started off early morning from Ndeiya, a sleepy, dusty village surrounded by a range of undulating hills and valleys, to escort me to the Gilgil NYS Camp. Gilgil is a dry, hilly and windy military town located halfway between Naivasha and Nakuru towns in the Rift Valley. The romance my fertile imagination had fantasized about the NYS crashed at first sight. Gawky Afandes, non-commissioned paramilitary officers, belched orders from the moment we arrived at the gate. Not the welcoming party I had anticipated. They broke our companionship brusquely forcing us to bid each other hurried goodbyes. I was herded to a group of other equally bewildered recruits who had been roasting in the scorching sun waiting to complete the squad. I made the last number, and we were ordered to heave our rough-edged multi-colored metallic boxes containing personal items onto our shoulders and match to the barracks, several hundred meters away, with ferocious howls of 1-2, 1-2, 1,2…

Life took a new twist from that moment. It took a while for us to get used to the Afandes’ ridiculously absurd orders. For example, we were made to sleep face up and couldn’t even bend a knee, or cause the slightest fold on the thin woven blanket. These were punishable misdemeanors. We were required to wake up at 4 a.m. for 5BX (five body exercises) in what felt like sub-zero temperatures; run to the bush to hunt for and uproot wild flowers; then get back to the camp, uproot the flowers around the barracks and plant the new ones. We would water the flowers at 6 a.m., plough around them at 8 a.m., water them again at 1:30 p.m. and at 6:00 p.m., then uproot them the following morning at 6 a.m., only to throw them away. Other times, we would be ordered to march to the field carrying grass slashers, arrange them neatly on the edge of the field, and proceed to pluck weeds from the ground using our fingers.

I remember that during the orientation week, dinner, comprising of a block of ugali, a dough-like meal of flour, and lentils, was too big a meal for me to finish. In any case, most of the stew was not eatable as the lentils were mostly grainy and would contain weevils and gravel. By the second week, I would finish the entire meal, and by the third week, I was hankering for a PhD – a third helping. In between meals, I ate two loaves of bread, comrades with a bigger appetite chowed down three. Not just that, some of us beat the system by establishing an undercover conduit for the supply of sundried peanuts for snack, basic survival instincts in the finest form.

A day at NYS was like a lifetime in a maximum prison. Even as the passing out parade drew closer, we were all apprehensive that the devious Afandes would somehow steal our freedom. Some fellows, in desperation, escaped from the camp, others bribed to get fake medical reports so as to gain exemption, and some others malingered to buy time off daily routine. A few became mad, or pretended to be so, earning their freedom.

Many of us, however, held up, enduring the gruesome program designed to break our spirits and make us compliant. The Big Men in government had conceived it as the perfect panacea for student indiscipline and the consequent violent riots and frequent university closures. Paradoxically, the most-daring riot ever by students happened right at the NYS camp when two different intakes mutinied, overpowered the Afandes and broke out of camp after hours of rampaging. Government reacted by terminating the ill-conceived, poorly executed program immediately.

What ought to have been a golden opportunity to develop character and to inculcate a sense of purpose for national service in young people ended as a costly farce.

Life is so full of lost opportunities. But it is also full of stories of courageous people who have used adversity to sow virtue. In return, they reap honour. 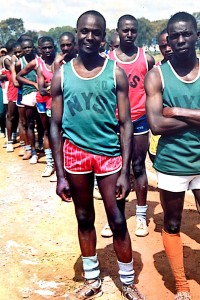 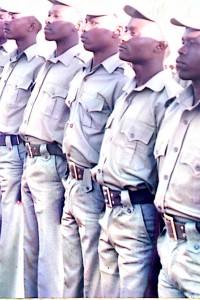 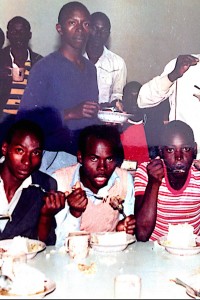 Give Yourself A Break Drawing From the Inner Strength